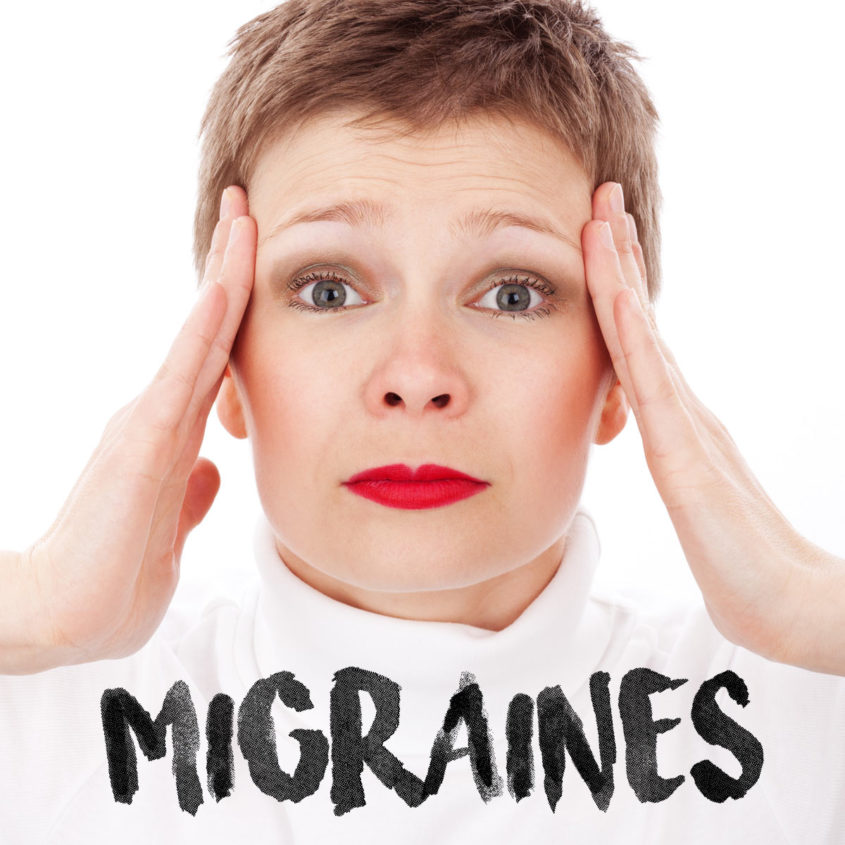 They are more prevalent than diabetes, epilepsy and asthma combined.1 Migraine headaches are also one of the top 20 causes of disability among adults.  I wonder how we could change the world if all of these people received proper testing (blood analysis), food allergy testing (if needed), chiropractic evaluation and even acupuncture treatments.  How many of them would get great symptomatic relief and truly get their lives back?

More than 37 million Americans suffer from migraines; nearly five million of them experiencing at least one migraine attack per month.2 All in all, an estimated 13 percent of the world's population suffer with migraines to a greater or lesser degree.

This condition is more prevalent among women, with about 15-18 percent of women worldwide getting them, compared to six to seven percent of men. About 60 percent of women affected have menstrual-related migraines, meaning they tend to coincide with their cycle.

Despite its prevalence, migraines are still one of the most poorly understood medical disorders out there. Part of the problem has been that the experiences of those suffering from migraines vary greatly and the lack of specific diagnostic testing used in mainstream medicine to make a definitive diagnosis.

Aside from throbbing, searing pain, which may one-sided or distributed on both sides, some experience "auras" prior to onset, while others do not. There may also be nausea, vomiting, fever, chills, sweating, and/or sensitivity to light, sound, and smells.

Those who have never had a migraine before can be quite frightened by the neurological symptoms, which can simulate a stroke where one starts to have visual disturbances, even short term visual loss and/or seeing spots or wavy lines, and/or tingling in your arm or leg.  These findings can sound like many other neurological conditions and be difficult to sum up.

Another study published earlier this year suggests that the searing, throbbing pain that is the hallmark of a migraine may be due to overactive pain-signaling from sensory neurons in your brain.7

A third hypothesis is that a migraine arises as a result of a disorder of your nervous system, most likely in your brain stem.8 Although most regions of your brain do not register or transmit pain signals, a network of nerves called the trigeminal nerve system does. Pain is relayed through the trigeminal network to an area in your brain stem called the trigeminal nucleus.  If this hypothesis is correct, it also is a likely explanation for why migraine sufferers respond well to both neural input from a chiropractic manipulation and the overall energy balancing achieved through acupuncture.

From there, it is conveyed to the sensory cortex in your brain, which is involved in your awareness of pain and other senses. What first activates your trigeminal nerves, setting off your migraine, however, is still under debate, but some researchers believe that a wave release of neurotransmitters across your cortex can directly stimulate your trigeminal nerves, setting off the chain reaction that ends in the transmitting of pain signals. No singular hypothesis has emerged to explain the occurrence of migraine in ALL sufferers. Besides those already mentioned, other theories include:

Are Food Allergies Causing Your Migraines?

Searching the medical literature in PubMed.gov using the search terms "migraine" and "food allergies" will provide you with nearly 160 different studies of this kind, so do yourself a favor and don't dismiss this potential connection.11  I have encountered several dozen patients over the years who relay to me that their neurologist doesn’t see this as a valid connection.  This should give us all reason to pause with concern.

One randomized, double blind, cross-over study published in 2010 found that a six-week long diet restriction produced a statistically significant reduction in migraines in those diagnosed with migraine without aura.12 Some of the top migraine-inducing foods identified include: wheat and gluten, cow’s milk (yogurt and ice cream), sugar, yeast, corn, citrus fruits, eggs, aspartame, MSG and even grain based cereals.

How Can Diet Benefit Migraine Patients?

Quite a few people have reportedly rid themselves of migraines on the Paleo Diet, which can be summarized as “any food that can be eaten without being processed.”  That eliminates the following: grains, bread or pasta, and no pasteurized dairy.  Fresh fruits and vegetables, some nuts and oils along with wild caught fish, organic poultry and grass-fed lean meats are all allowed on a Paleo plan.

As always before setting out to correct an established medical issue it would be advised to seek out a qualified physician who utilizes third-party laboratory testing to identify the root cause(s) of any disease state. Dr. Josh is looking forward to helping you address any nutritional deficiencies that may be causing or contributing to your migraine headaches In addition, chiropractic care may also support proper nervous system function correcting any chemical imbalance that might be contributing to your migraines.

This article is published with permission from Dr. Van Merkle.